Survey: Atheists Are Most Knowledgeable About Religion 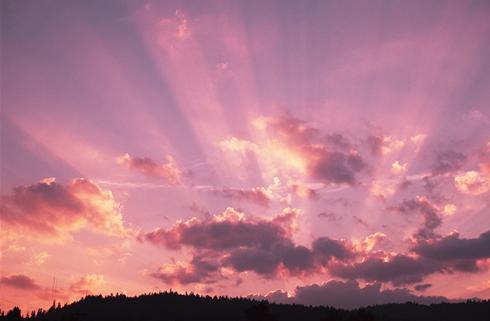 Asked about the Baylor findings, Philip Yancey, author of What Good Is God?, says he moved from the Authoritative God of his youth — “a scowling, super-policeman in the sky, waiting to smash someone having a good time” — to a “God like a doctor who has my best interest at heart, even if sometimes I don’t like his diagnosis or prescriptions.”

•The Critical God. The poor, the suffering and the exploited in this world often believe in a Critical God who keeps an eye on this world but delivers justice in the next, Bader says.

Bader says this view of God — held by 21% of Americans — was reflected in a sermon at a working-class neighborhood church the researchers visited in Rifle, Colo., in 2008. Pastor Del Whittington’s theme at Open Door Church was ” ‘Wait until heaven, and accounts will be settled.’ ”

Bader says Whittington described how ” ‘our cars that are breaking down here will be chariots in heaven. Our empty bank accounts will be storehouses with the Lord.’ ”

•The Distant God. Though about 5% of Americans are atheists or agnostics, Baylor found that nearly one in four (24%) see a Distant God that booted up the universe, then left humanity alone.

This doesn’t mean that such people have no religion. It’s the dominant view of Jews and other followers of world religions and philosophies such as Buddhism or Hinduism, the Baylor research finds.

Rabbi Jamie Korngold of Boulder, Colo., took Baylor’s God quiz and clicked with the Distant God view “that gives me more personal responsibility. There’s no one that can fix things if I mess them up. God’s not telling me what I should do,” says Korngold. Her upcoming book, God Envy: A Rabbi’s Confession, is subtitled, A Book for People Who Don’t Believe God Can Intervene in Their Lives and Why Judaism Is Still Important.

Others who cite a Distant God identify more with the spiritual and speak of the unknowable God behind the creation of rainbows, mountains or elegant mathematical theorems, the Baylor writers found.

This distant view is nothing new. Benjamin Franklin once wrote that he could not imagine that a “Supremely Perfect” God cares a whit for “such an inconsiderable Nothing as Man.”

The Baylor researchers’ four views of God reveal a richness that denominational labels often don’t capture. They found that Catholics and mainline Protestants are about evenly divided among all four views, leaning slightly toward a Benevolent God. More than half of white evangelicals identify with an Authoritative God; that view is shared by more than seven in 10 black evangelicals, they said.