More Of My Personal Atheism

I was bitter about religion and how believers treated me back when I realized I didn’t believe in God and EVERYONE around me did. I was totally convinced everyone around me was “wrong” for believing …

Education not only provides more possibilities and solutions, but enhances the process by which answers are found. Without a basic understanding of the sciences and how chemistry, biology, astronomy etc all operate together, how does …

An Open Conversation With A Christian 2004

october 9, 2004 “Atheism would appear to be one of the last minorities it is acceptable to openly discriminate against, right along with homosexuals. Atheists are not allowed to hold public office in four states. … From: 28 September 2010 12:01 AM
To: 28 September 2010 11:59 PM
Time Zone: Eastern Time (US & Canada)
Description: The Poetry of Science, Discussions of the beauty of science. Two of science’s luminaries converse on the beauty of science. Neil deGrasse Tyson, astrophysicist and host of NOVA and evolutionary biologist Richard Dawkins will explore the wonders of the Cosmos and of Life, its origins, its inspirations, and why science is not just an option, it is the only reality we possess.

What: The Poetry of Science
When: September 28th, 2010
Where: Crampton Hall Howard University
Time: 12:00pm – 1:30pm
Other: Ticketed event, free to the public.
For further information visit http://www.howard.edu/howardlife/cramton/

Richard will be speaking at this event.
This event is sponsored by the Richard Dawkins Foundation for Reason and Science.
Location: 2400 Sixth Street, NW, Washington, DC 20059, United States

Tickets: $10 Skeptics Society members/Caltech/JPL community; $15 everyone else. Tickets may be purchased in advance beginning Sept. 7, 2010 through the Caltech ticket office at 626-395-4652 or at the door. Ordering tickets ahead of time is strongly recommended. The Caltech ticket office asks that you do not leave a message. Instead call between 12:00 and 5:00 Monday through Friday.

RICHARD DAWKINS BEGINS BY EXPLAINING that all of his previous books naïvely assumed the fact of evolution, which meant that he never got around to laying out the evidence that evolution is true. Dawkins also came to realize that a disturbingly large percentage of the American and British public didn’t share his enthusiasm for evolution. In fact, they actively abhorred the idea, since it seemed to contradict the Bible and diminish the role of God. So Dawkins decided to write a book for these history-deniers, in which he would dispassionately demonstrate the truth of evolution beyond sane, informed, intelligent doubt. If Charles Darwin walked into a 21st-century bookstore and wanted to know how his theory had fared, this is the book he should pick up. As Darwin famously noted, “There is grandeur in this view of life.” What Dawkins demonstrates is that this view of life isn’t just grand: it’s also undeniably true.

Was Christianity The Causal Agent For Individualism?

Link to article
Link to video

FREEDOMFEST 2010 “The Importance of Christianity to Western Civilization” 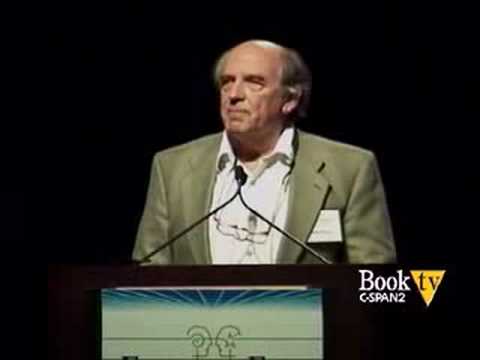 “Christianity was the primary reason this one small section of the Eurasian land mass exploded into an unprecedented five centuries of creativity called the Renaissance. The basic Christian premise that all human individuals are invited into a personal relationship with God and that all individuals are equal in God’s sight was a revolutionary idea. No other religion and no other society had ever said that. Thomas Aquinas was chiefly responsible for transforming Christianity into the kind of individualist belief system that had such a major impact on the West. It was Aquinas who said that it is pleasing to God for us to explore the mysteries of this universe and understand them and to create great works of beauty.

Along with that, two additional ideas gave the West a huge advantage over the rest of the world. One was autonomy—the notion that one can act efficaciously as an individual was also a Christian contribution unique to the West. The second is the Christian idea that each individual had been put on this earth for a purpose, which was a terrific motivator for creative elites. This was distinctive to Christianity. The origins of the scientific method also grew as an accumulation of all this.

The stonemasons created artistic works which were placed where they would never be seen by anyone. When they created those works, the stonemasons claimed that they were carving “for the eye of God.” A great deal of the inspiration of creative elites—people who devote themselves to creating great works, whether in science or the arts—reflects the kind of passion eloquently expressed as “carving for the eye of God.”

Human achievement, especially in the sciences, is fostered by the kind of individuality which motivates people to fight things out, to stand up and say, “I am right and you are wrong, and we will fight this out to the end.’ In Asia, that is a very alien way of looking at things. Christianity had advantages which other religions such as Confucianism and Taosim did not in terms of developing the scientific method.

Religion’s role in fostering the development of Western civilization has been huge and constructive. Specifically with respect to the scientific method, there was a critical turning point in the accumulation of human knowledge in which Christianity was the direct causal agent.”

Link to article
Link to video

“The Bible shows the way to go to heaven, not the way the heavens go.” -Galileo Galilei

march 25, 2000 Driving past where galileo was under house arrest and died cause he said the Earth went around the Sun

12:54pm 5:05pm I am in St Croce, . A huge cathedral where Galileo (of course I took pix with flash which is a no-no of Galileo’s tomb) Da’vinci,  Machevelli and others are buried. St. Croce and me; Florence, Italy On his weekend show CNN Newsroom,  anchor Don Lemon interjected and corrected radio personality Warren Ballentine after Ballentine had made a non-inclusive statement along religious lines.  Attempting to make a point, Ballentine began with “If you are a Christian and believe in Jesus Christ…” before making his claim.  When Lemon had his chance to speak, he immediately pointed out that Ballentine’s statement was good for not only Christians, but for non-believers and “Atheists” also. This issuance of Newsroom had multiple guests discussing race in America and religion was not the main topic.

Link to CNN transcript below
“BALLENTINE: If you believe in god and you believe in Christ, we are children of god, we are all one. We have to get past it. We got all these technology and we’re too stupid to get along.
LEMON: And America, even if you don’t believe in whatever, if you’re an atheist, we still are supposed to accept everyone. Hey list, April, go ahead real quick.”